While several drivers have surpassed 200 mph in the previous two practices and qualifying, Gordon had a field-best speed of 198.604 mph.

Speaking of Hamlin, he was involved in the lone mishap of the session. Hamlin spun and suffered minor damage to the front splitter and front end of his Joe Gibbs Racing Toyota Camry.

The team initially was going to go to a backup car, but decided to try and repair the damage, instead. 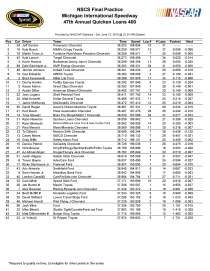 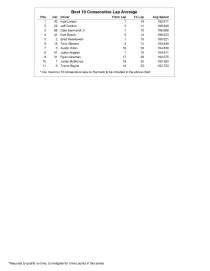