With a speed of 201.992 mph, Kasey Kahne earned the pole for Sunday’s Quicken Loans 400 at Michigan International Speedway and ended a three-year drought of being the fastest car.

The pole is Kahne’s first in 90 races with the last coming in the fall 2012 race at Kansas Speedway. That year, Kahne earned four poles. The Hendrick Motorsports driver now has 27-career poles.

Kahne beat Kevin Harvick (201.613) for the pole after the Stewart-Haas Racing Chevrolet was the fastest car in the first two rounds of qualifying. Rounding out the top five is Brad Keselowski, Carl Edwards and Ryan Blaney.

“I got through (Turn) 1 and 2 pretty good, just got a little free but was able to stay in it,” Kahne told Fox, adding that he had to backpeddle the car exiting Turn 4 after he pushed harder than he wanted to into Turn 3. “I knew it killed my exit a little, but it was still a great lap.”

The pole is Kahne’s third at Michigan. The first came in 2006, when he went on to win.

“It’s going to be really important (to be out front,” Kahne said. “The track is going to change a lot come Sunday with all the racing going on this weekend … there will be some passing for sure, but it’s not going to be easy.”

Kurt Busch, who went to a back up car after hitting the wall in practice, will start 24th. 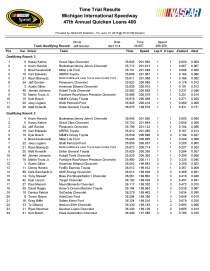 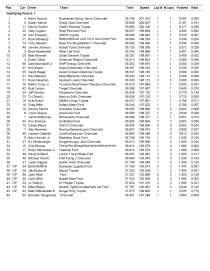