Erik Jones rallied in the third and final qualifying session to take the pole for tonight’s Winstar World Casino 400 at Texas Motor Speedway.

Jones was the only Camping World Truck Series driver over 181 mph, clocking a best effort of 181.074 mph. It’s his fourth career NCWTS pole.

“We sat and waited and fortunately it worked out,” Jones told Fox Sports 1. “Hopefully, we can get a win here tonight. That’d be cool.”

It is Jones’ second pole of the season, having previously done so three races ago at Kansas. He thinks he has a winning truck.

“I think it’s pretty good,” Jones said. “It’s definitely better than what we had yesterday in practice, so I’m excited to get the race going.”

Jones won April 10 at Texas in the Xfinity Series race there.

In the first six Truck races of the season, Jones has four top-5 finishes and one other top-10 finish.

“We’ve been awfully fast the last few weeks and month,” said Jones, who is still seeking his first Truck win of the season. “We’ve been really fast on mile-and-a-halves.”

Two-time defending NCWTS champ and current points leader Matt Crafton was second-fastest at 180.379 mph and will start alongside Jones on the front row. It will be Crafton’s second start from the front row this season.

Tonight’s race starts at 9 pm ET and will be televised on Fox Sports 1, and on Motor Racing Network and Sirius/XM NASCAR Radio. 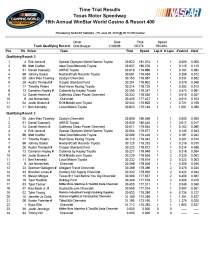 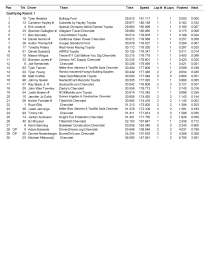