Harvick finished second after leading 91 laps and retained his lead in the standings with 516 points.

Johnson moved up to spots to third in the standings, trailing Harvick by 76 points.

For the third points race in a row, Martin Tuex Jr led the most laps but failed to win, finishing sixth in a green-white-checkered conclusion. With his 12th top 10 this season, Truex is ranked second in the standings, trailing Harvick by 44 points.

Kasey Kahne finished fourth Sunday and moved up two spots in the standings to eighth.

Matt Kenseth, who finished 39th with a DNF because of suspension trouble, dropped four spots in the points standings to 11th. Kenseth, though, has a provisional spot in the Chase for the Sprint Cup by virtue of his victory at Bristol Motor Speedway. 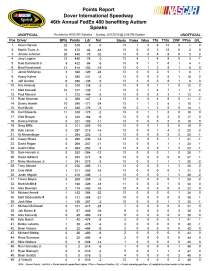 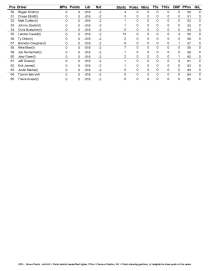