Denny Hamlin and Toyota continued to have a hot hand, as the driver of the No. 11 FedEx Cares Camry on Friday earned the pole for Sunday’s FedEx 400 Benefitting Autism Speaks at Dover International Speedway.

In earning his first pole of the season, his third career pole at Dover and 21st career Sprint Cup pole, Hamlin was the only driver to exceed 160 mph, clocking in with a field-best speed of 160.121 mph.

Martin Truex Jr., who earned his first career Sprint Cup victory in 2007 at Dover – which he considers his home track, having grown up an hour away in Mayetta, N.J. – was second-fastest (159.723 mph) and will start alongside Hamlin on the front row.

Here’s how the session played out: 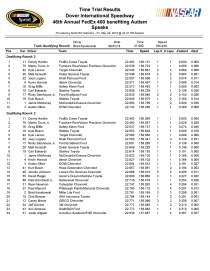 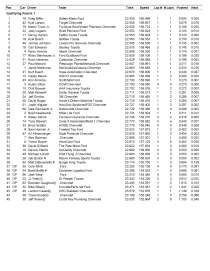