The second practice for Sunday’s Coca-Cola 600 was won by Kurt Busch.

After Hendrick Motorsports failed to put any of its five cars in the final round of qualifying on Friday, Johnson, Jeff Gordon and Kasey Kahne were in the top 10 in the morning practice session.

Kurt Busch was the only Stewart-Haas Racing driver to crack the top 15. Tony Stewart was the next fastest in 20th. 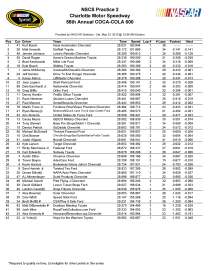 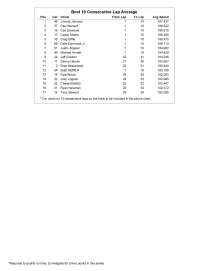