Kurt Busch once again topped the speed charts, finishing the final Coca-Cola 600 practice session with a speed of 188.653 mph.

The speed came on the first of his 52 laps in the session.

Kenseth’s fastest speed came on his 25th lap, while Jamie McMurray’s came the latest in the session, on Lap 41 of his 56 laps.

Jeff Gordon, who is starting in his final Coca-Cola 600, fell to 30th in the practice session after he was eighth fastest in the first morning session. 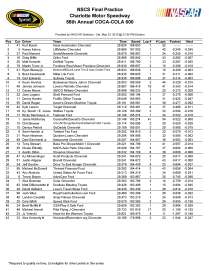 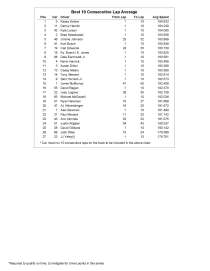