Matt Kenseth has won the pole for the Sprint Cup Series’ Coca-Cola 600 on Sunday.

Kenseth’s speed of 194.252 mph gave the Joe Gibbs Racing driver his second pole of the year (Bristol) and his first pole for a points race at Charlotte Motor Speedway.

Prior to the final round of qualifying, Kenseth joked to Fox Sports 1 that he only averaged one pole a year.

“I thought we had some speed in practice, just never really had the balance or the perfect lap,” said Kenseth, who mentioned the car for this weekend is different from the one he ran in the Sprint All-Star Race. “Everyone at JGR has been working honestly around the clock to get all these cars done and get us better stuff.”

“Second is nice, but look at the difference and how much I needed to pick up,” Logano told Fox Sports 1. “That was a very fast lap by the 20, congratulations to them. I don’t know how to go that fast.”

None of Hendrick Motorsports’ four drivers advanced to the final round. Jimmie Johnson was knocked out of the top 12 at the last second by Martin Truex Jr. and will start 13th. Dale Earnhardt Jr. will roll off 15th and Jeff Gordon will start his final Coca-Cola 600 from 16th.

Kasey Kahne failed to advance passed the first round after his No. 5 Chevrolet cut a left-rear tire, causing him to qualify 33rd.

The last time all four cars failed to make it to the final round was at Sonoma in 2014. 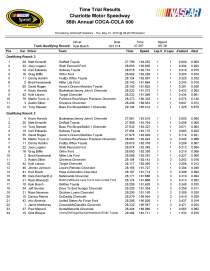 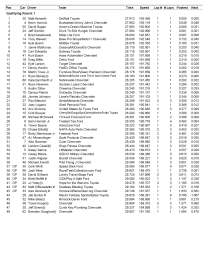