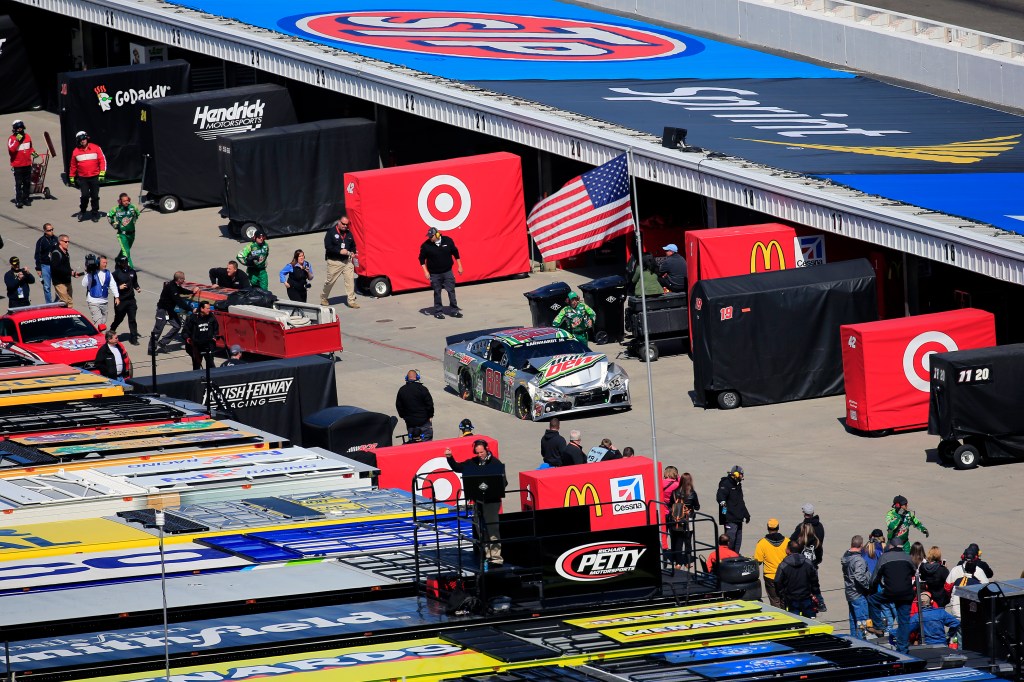 Dale Earnhardt Jr. could have easily called it a day after being part of a seven-car wreck on Lap 227, less than halfway through Sunday’s STP 500 race at Martinsville Speedway.

Given the amount of damage, Junior and his team could have taken a likely 41st- or 42nd-place finish, put the crumpled No. 88 Chevrolet back on the hauler and made the quick trip back to Hendrick Motorsports’ home base in Concord, N.C.

But instead, the team patched his car the best it could in the garage and he returned to the racetrack, finishing 36th, albeit 47 laps off the lead lap.

He also earned eight points in the Sprint Cup standings, as opposed to perhaps just two or three.

Was it worth it? Most definitely.

Who knows whether the five or six extra points Earnhardt gained Sunday by going back out on the track may help him between now and the start of the Chase for the Sprint Cup.

In his weekly Dale Jr. Download podcast on his Dirty Mo Radio online site, Earnhardt addressed the importance of getting every point possible – wrecked car or not:

“We got there back in the back, those guys checked up going into (Turn) one, it happens all the time in Martinsville, and we just got the bad end of the deal.

“It happened so fast that there wasn’t anything (spotter TJ Majors) or myself could have really done. I couldn’t have seen it coming. We had a real good car, got us behind the wall, fixed it up, got back out there and kept digging. That’s what you have to do.

“I’ve had times when we tore the car and basically just packed it in and went home. You don’t really know it at the time, but once you get home and you’re bumming around the rest of the week about how you finished, there’s a part of you that feels a lot of remorse for not trying to do everything you could and run every lap you could run and fight for every position you could fight for. That’s a terrible feeling.

“When you have those kind of days, what’s important is that you get the car fixed and go back out there. And even though you’re 37th, worrying about how you can be 36th, you’re still fighting and still trying and putting forth your best effort.

“It may seem pointless to worry about gaining a spot or two, but as a competitor, you have to find something to work for, some goal, something has to matter. So it felt good to get back out there and keep digging. As a team, we have to stick together and go to the next race and put it behind you and that’s the best way to do it, get out there, do everything you can do, run every lap you can run and then load up and go to the next race.

“I wish we could have finished better, but we didn’t. … We’ll be ready for the next one (Texas, April 11). I expect us to be quick, and if we keep showing up fast, we’ll eventually get us a win – and we’ll have a lot of fun running up toward the front until we do.”